Wooden buildings do not survive well over millennia in the British Isles. So we have only the examples built in stone to refer to. It is a shame, because evidence from other areas suggests that wooden buildings can be complex and elaborately decorated.

Urnes Church at Sognefjord in Norway is one such example 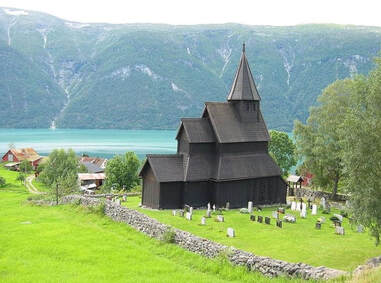 Urnes Church, built 1100s
As well as complex architecture, Urnes Church has examples of elaborate carved decoration, such as around this doorway. 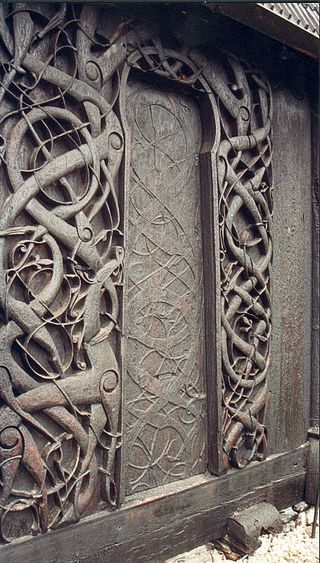 Doorway at Urnes Church
The earliest stone buildings of the western Celtic church are the beehive shaped huts of Skellig Michael, SW coast of Ireland.  www.worldheritageireland.ie/skellig-michael/
Most early Celtic monastic and church buildings would have been simple structures, possibly indistinguishable from secular buildings.
Although much restored, St Trillo's Chapel at Rhos near Llandudno gives a good idea of the small scale and humble aspect of the Celtic building style media-cdn.tripadvisor.com/media/photo-s/0b/10/c2/c9/st-trillo-s-rhos-on-sea.jpg
The remains of extensive wooden sites have been excavated in England. They are not ecclesiastical, but secular. The site at Yeavering, near Wooler, in the north east of England is the best example. And it's all the more sobering to think it was of great importance in its day, but exists now only as stains in the soil. NB This link may not open well on Android devices  www.pastperfect.org.uk/sites/yeavering/index.html

The powerful eaders of the Englisg kingdoms opted to follow Rome-based church authority at the Synod of Whitby in 664. This heralded a new royal and aristocratic patronage of Christian religious sites.
The twin monasteries of Monkwearthmouth-Jarrow typify this phase: en.wikipedia.org/wiki/Monkwearmouth%E2%80%93Jarrow_Abbey
All across the north, from Whitby to Strathclyde, and across Ireland, the newly endowed monasteries were busy creating beautiful works for the glory of God and their patrons.
Carved stone crosses, painted Gospel books, reliquaries and liturgical vessels were created, only a fraction of which have survived.
The St Ninian's Isle Treasure is a great example of a monastic treasure from this time.
It was no wonder Vikings raided these coastal monasteries.
Stone crosses became one particular way to use the best craftsmanship to the glory of God. The Anglo-Saxon crosses of northern England combine fancy vine scrolls and acanthus leaf designs alongside Celtic knotwork and chequerboard patterns. The crosses at Ruthwell and Bewcastle are considered masterpieces of their kind, with the Bewcastle Cross also incorporating runic inscriptions and a sundial. 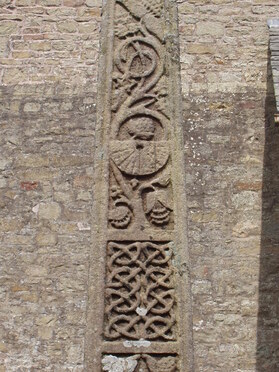