Because the script of the Indus Valley Civilisation is not yet deciphered, any investigation into its culture inevitably descends into an endless litany of 'we don't yet know'. This is frustrating for all.
So, trying to concentrate on what we do know.... 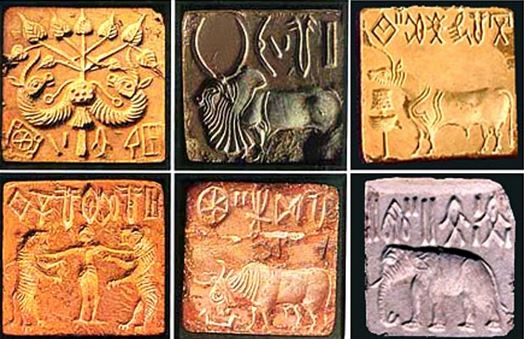 This article points out where Indus seals have been found, discusses how this reflects on social hierarchies in cities, and comments on the seal impressions - 'sealings' - and how they may have functioned.
www.harappa.com/content/indus-seals-and-glyptic-studies-overview
A broad summary of the article: most seals have been found in 'lower town house' areas or buried with owners, rather than 'citadel' areas; this may suggest the citadels were not seats of administration; most fired clay sealings (impressions of seals) are found outside the Indus Valley, suggesting to the author that they acted as some kind of passport or ID check or guarantee.
The scenes shown on Indus seals suggest rituals that are sometimes reflected in other cultures, and sometimes reflected in later Indian culture. The 'cross legged god' is sometimes compared to Shiva. The figure gripping two animals is repeated in Sumerian, Akkadian and Babylonian culture.
Indus Seals take various shapes. These square examples are all generally 2-3 cm square, with a pierced boss on the reverse just like a large coat button. Most of them are made from fired steatite. Some 3500 complete or near-complete examples have been found.
Much more detail on the seals and the script can be found on the Harappa website here
We know textile production was at an advanced level in the Indus Valley Civilisation because fabric and thread imprints have been found on the backs of the patties of clay that seals were pressed into. The imprints have been identified as coarse sack cloth, fine-count cotton and in one microscopic instance, wild Indian silk (tussar silk). 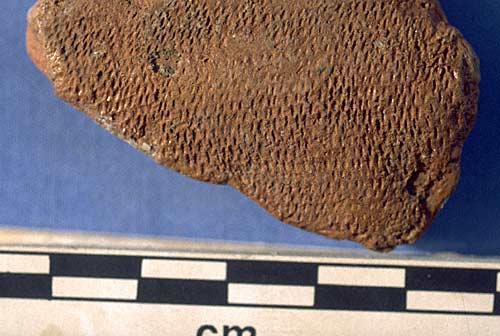