It's a given to describe the conditions of the poorest workers as squalid and overcrowded. Loads of others have done this better, from the reports of Edwin Chadwick onwards.
Interesting how Chadwick's 'Report on the Sanitary Conditions of the Labouring Classes' is somewhat mirrored in Engels' catchy title 'The Condition of the Working Class in England', both published within a couple of years of each other.

Locally, you can compare the large scale OS maps (I used the 25 inch series, in Lancashire Archives at Bow Lane) with the census data. Here's Britannia Yard, off Paradise Street (now under one of the ring roads). 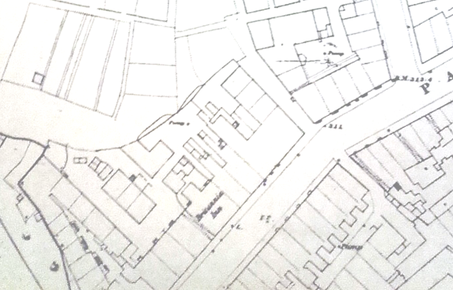 Apologies for poor quality but it'll get us by.
Can you see the covered alleyway, south of the inn, leading from the street into the pub's back yard?
Typical of all town centre landowners everywhere in the industrial areas, these land plots could be subdivided at will. No planning restrictions.
There were 12 houses and 79 people in this one space. And one pump for water, and a little cluster of outdoor privies / ashpits where their refuse and sewage accumulated.
And this was quite a good address, on the scale of things.

Read a list of inhabitants here
Local artist James Clock Shaw recorded Britannia Inn at the end of the 1800s. It disappeared in the early 20th century, presumably demolished for better things to come. Image from BBC 'Your Paintings' courtesy of Bury Museum & Art Gallery 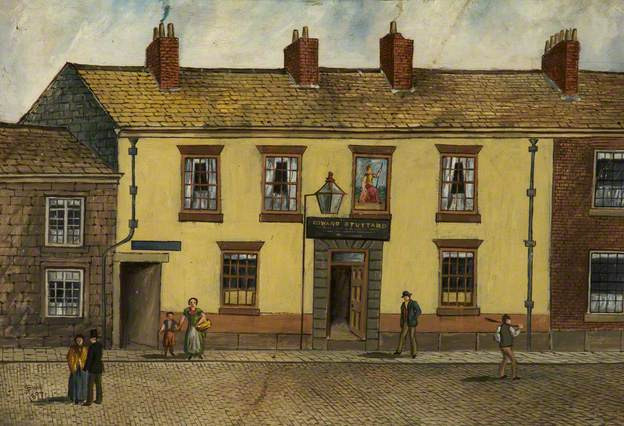