Or do I mean Christian Vikings?
History tells us about Viking leaders being baptised - sometimes as a temporary measure, but in the long run Christianity proved to be the best route.
From the 730s onwards on mainland Europe, the power of Christian kings became linked closely with their 'correctness' in making war against pagans. This would have far-reaching consequences in later history, but in the times we are studying it illustrates why, for example, the Emperor Charlemagne spent so much effort 'subduing the eastern marches' ie the lands occupied by pagan slavic peoples.

Keeping the lands taken, and doling them out to one's loyal retainers, was apparently an accidental misfortune that just had to be coped with.......but the action was after all right in God's eyes, because wicked pagan stuff could be stamped out.

The slides below go into a bit of detail about how this philosophy played out in mainland Britain in the 800s and 900s.

This article explains the conversion issue from a Danish perspective: en.natmus.dk/historical-knowledge/denmark/prehistoric-period-until-1050-ad/the-viking-age/religion-magic-death-and-rituals/the-transition-to-christianity/
Stone crosses and 'hogback' tombstones show a fusion of Scandinavian styles with Christian imagery. The Gosforth Cross is a good example , showing scenes drawn from Norse mythology alongside Christian images, interspersed with Norse-style interlace designs. I have not seen any references to hogback tombs or existing in other parts of Viking-settled Europe. Ireland contains numerous examples of carved crosses showing designs from the time of Scandinavian occupation, and the Isle of Man is a veritable treasure trove: en.wikipedia.org/wiki/Manx_runestones 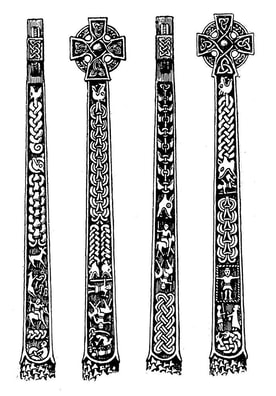 Line drawing of Gosforth cross
Hogback tombstones are found especially across northern England - see this map
They are shaped like houses or upturned boats, often with bear-like animals grasping the ends. Their precise shapes vary, some being stubbier and others longer and more 'elegant'. 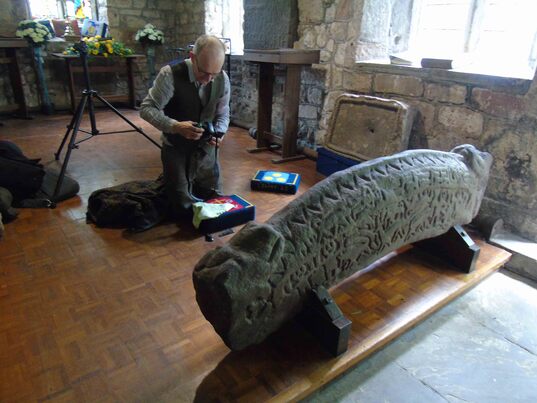 Hogback tombstone at Heysham from Prof Howard Williams' blog
Hogbacks are generally taken to be elite grave markers. Very few stand in their original place, so understanding their purpose isn't straightforward.
They are often covered in patterns or in scenes of action. Some of these have understandable meanings but others are obscure, such as this one from Penrith: 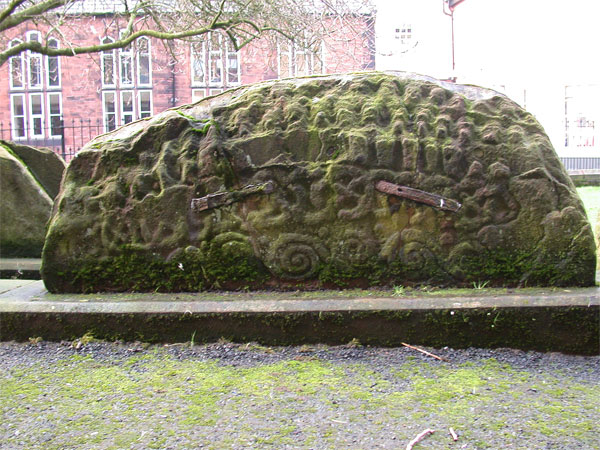